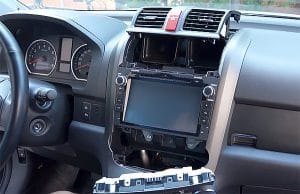 The world is changing constantly, meaning, the technics which was cutting edge yesterday is now considered to be old-fashioned. It concerns everything and car’s stereo dashboard is not an exception so why not to upgrade it? Or perhaps, you have already bought a new stereo, realizing that you want some changes. It’s normal that you might be unaware of how to remove your old-fashioned car stereo from a dashboard, so don’t worry because you are not alone.

It is worth mentioning that you may replace the car stereo yourself or ask a professional. However, if you want someone to do it unless it is your friend, you’ll have to pay them. Of course, doing it yourself is much cheaper, letting you save money. At this point we are going to help you with our step by step easy guide. Ready to follow?

NAVIGATE HOW TO REMOVE CAR STEREO FROM A DASHBOARD

Add Amazon Alexa to Your Car

Kenwood vs Pioneer — How Do They Compare?