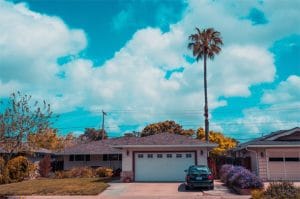 I’ve contacted a local builder to build the house I’m currently at and I had some pretty stringent ideas of what I wanted my garage to be like. Just to start off to make this very simple, that garage is attached to my house. So, I’m going to start with the front half of the garage here with the garage doors and everything and work myself back to the rest of it.

So, going with the front of the garage here, if you guys can see, there’s not a whole lot going on, but one thing you can notice is, I made sure that there was open lighting coming from the top of the doors. Now, I pay a little bit extra for that, it’s not special, doesn’t cost you that much more, but it helps bring in some more natural light very similar to garage lights I’ve got inside. 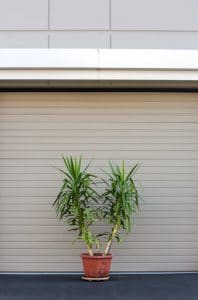 Another thing is an 8-foot door and not 7-foot, so why did I get another foot taller? Well, in case you get a larger SUV, which I plan on getting down the road, a 7-foot door almost doesn’t cut it anymore.

I was at my parent’s house the other day, they have a brand new Yukon, it literally is an inch or two away from hitting the top of the garage door. If they get any bigger or any taller, if you try to put any bigger tires on it, it is most likely going to hit the ceiling or hit the garage door. It won’t fit in.

I just didn’t want to take that chance, making it a foot taller does not cost me a dollar more. It was actually no extra charge ’cause I think it’s actually cheaper for him to go a foot taller with the garage doors than it was to actually add more stone to the front of the house, so he was more than happy to go that route. So, if you ever look into it, ask your builder if they are willing to go to 8-foot door versus a 7-foot door, it will surely help you out.

Next thing was, I made sure the whole entire garage was pre-painted. Now the back wall was different. I’ll speak on that here in a little bit, I painted that myself, but I made sure that they went ahead and painted everything and here’s one of the reasons why. 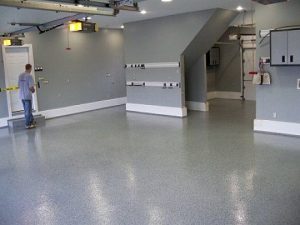 If they go ahead and paint everything they are then responsible for any cracks that show up or anything of that nature, they have to come back now in a year and come to fix any cracks, any damages to the wall. I am now not responsible for that, the builder is. So, that’s something I just did not want to have to deal with down the road. If you see most new houses or most new garages, nine times out of ten, you see what looks like white lines everywhere, where you can see perfectly where they put up everything and I wanted it already to look perfect.

Once again, all they do is to come and spray the walls, to paint them too. It’s worth your assurance and worth not taking on that extra headache just to have them do it. It doesn’t cost that much extra, I mean I shouldn’t say that, it does obviously add up after every little thing I do here, but I rather do it now then try to do it down the road, it saves me a bunch of a headache and time. So, I had them go ahead and paint everything.

How to Install Garage Lighting: A Quick Setup

How to Clean Dirty Garage Floors (Any Surface)

How to Paint Garage Floor with Epoxy Step-by-Step 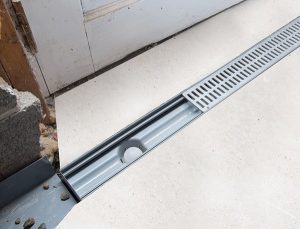 The next step was, I wanted to make sure my water line was in the garage, now one thing I do kind of regret, but my builder didn’t really want to do as I have no drains in the garage floor. I did want this in here, just for the fact that in case I do ever want to wash a vehicle, it’s right inside the house here, or should I say right inside the garage, and it makes it very easy and accessible.

Coming here to over by the garage door is, and the actually sink. I recommend for anyone who that’s building a garage, put a sink in. It is so nice to have this. I no longer have to run inside, I have an oversized sink if I need to sit a part in it of something just to get some grime off. I can just wash it off quick, or if my hands are grimy, I no longer have to go into my wife’s nice clean house, listen to her yell at me for getting her nice clean sink all dirty, so this was a very nice thing. I’m glad I definitely put this in.

I have a ton of electrical outlets, mostly on the back. I put those in thinking I’m going to eventually put in an air compressor there, and eventually to put my lift on this side of the garage.

One thing I highly recommend is you put in as many, many, many outlets as you can. You can never do too many.

Kind of regret not putting extra six outlet plug, but it’s in the way nine times out of ten. There are outlets right behind the TV here so, there are no wires to run through or anything. I have a four plug outlet behind the TV. Why do I do four? Well, nine times out of ten, two is never enough, especially when you add the DVD player, you get surround sound. Before you know it, you’re obviously gonna need three almost immediately and you’re like. If needed, put a six-outlet. It’s cheap. It’s just worth doing it.

I put in shop style lights versus putting regular bulbs. At night it is much nicer having these versus having, I guess a regular style light bulb. It helps a lot when I’m trying to work on a car, especially with the hood off right now. Everything is so much clearer on the car, it’s so much easier to work on. I highly suggest you invest in a good lighting.